COMING TO THE WOODLAND ON SATURDAY, SEPTEMBER 24TH:

Since the runaway success of her 1990 debut album Circle of One (which went Platinum), and the impassioned hit single “Get Here” (which became an unofficial anthem of the 1991 Gulf War) Oleta Adams has inspired a growing legion of fans around the world with journeys of the heart via songs that draw deeply from her roots in gospel, while crossing effortlessly into the realms of soul, R&B, urban, and popular music. Her success was first nurtured by worldwide tours with Tears for Fears, Phil Collins, Michael Bolton and Luther Vandross and was solidified by four Grammy nominations and more than two and a half million records sold.
Learn more
Buy tickets now
See Venue 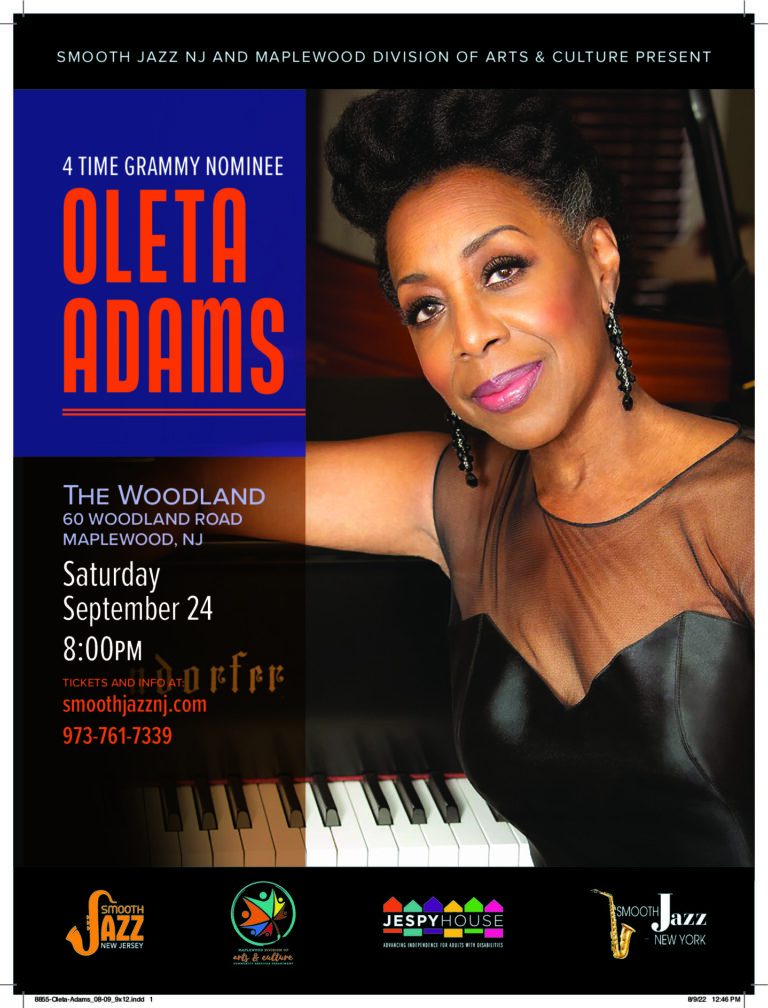 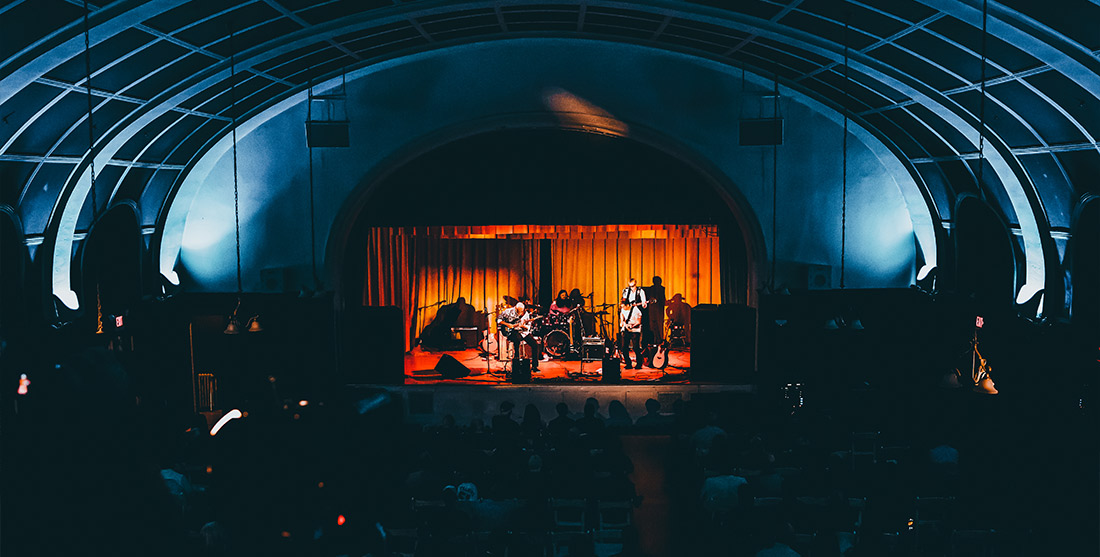 Nestled in the heart of Maplewood Village, this 1930 Georgian revival style mansion and adjoining concert hall is a gem of a venue holding 350 seated guests. With sound provided by Pragmatech Sound New York, who regularly provide sound reinforcement in Madison Square Garden, and the Beacon Theater assures the true concert experience. Enjoy a glass of wine at the JESPY House wine bar in the upstairs Parlor.

Just 13 miles from Manhattan, Maplewood Village, known for its restaurants and gift shops, offers a diverse selection of dinning at all price levels. Many of our attendees arrive early to enjoy the dinner and show experience by taking advantage of the Midtown Express train, providing 39-minute door to door service from Penn Station N.Y. (NJ Transit Dover Line)

The South Orange-based nonprofit JESPY House, which supports adults with Intellectual & Developmental Disabilities, will be providing a wine bar in the second floor Parlor, where the meet and greet and merchandise sales will also take place.  $20 access to VIP area to support Jespy House includes open wine bar.

All sales are final.